You probably heard about the latest scandal that's got the entire Hollywood on its toes. If you haven't, let me just clear things up a bit for you: Nick Lachey, Jessica Simpson's former husband, and Vanessa Minnillo are the latest 'protagonists' of their own tape... sort of. The two recently spent their vacation in Mexico and, while there, were unknowingly photographed while having in the hot tub. 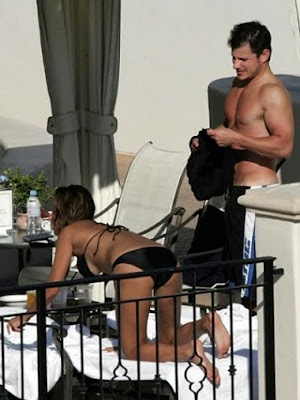 Aside from the fact that the pics are ready to be sold to whoever is willing to go to battle with Nick's hounddogs and that they have already been leaked on the Internet, there are yet more pressing matters at hand that need considering. First off, why would anyone apologize and feel sorry for having in one's hotel room? 'Cause that's exactly what Nick is doing...

After the first set of photos was published in an US magazine, the singer's attorneys declared war on anyone who would dare buy them from the mag and then publish them and declared that the two loverbirds actually had their right to privacy violated by the nosy pap who took them. Hitting the nail in the head it's called, because they couldn't be more right: Nick and Vanessa were snapped while in their hotel room where, from what we know, is not prohibited. Yet.

With that in mind, the question arises once again: why did Nick and Vanessa feel the need to explain their encounter? In an interview with 'OK!' Magazine, Nick said the following: 'We've all gone out and had a few too many and done something stupid. We've all made mistakes'. Where's the stupidity in indulging in one's fantasy and having in the jacuzzi and in open daylight? Where's the mistake? Or, better yet, on whose part is the mistake and the stupidity? Theirs or the intrusive paparazzo? 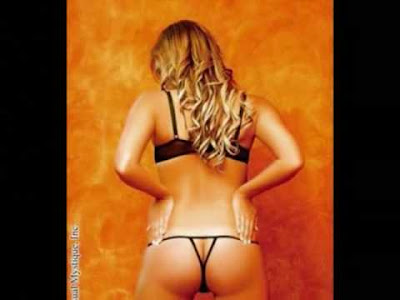 However, in the same interview (out on newsstands this week), Nick probably realizes that he's basically trying to explain something that needs no explanation and adds: 'Where's the scandal? I was in Mexico with my girlfriend of a year, celebrating our anniversary on a private vacation. It's not like I was caught with a Mexican hooker'. Word! Plus, it's not like this is similar to what other 'celebrities' do. They did not shoot a homemade movie and then leak it all over the Internet... Right?
Tweet